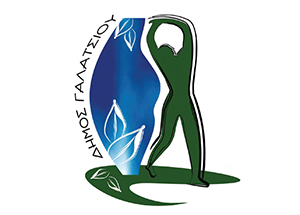 The municipality of Galatsi is located at the foot of Tourkovounia hill, which is the highest in Athens and is one of the areas of the capital with the highest percentage of green. It occupies an area of 4 sq. located about 4 km. north of the center of Athens. Bordered to the north with New Ionia, the east with Filothei - Psychiko, while to the south and west by the municipality of Athens. It has an average altitude of 200 m. and a population of 59.345 inhabitants. Mayor of Galatsi since 2014 is George Markopoulos.

The most famous sights and well known points of Galatsi is:

Omorfokklisia, church dedicated to St. George which was built in the 12th century and has rare paintings. Ancient remains of the 5th-4th century BC were found around the temple, where it is believed that there was an ancient cemetery. Also, well-known is the Holy Temple Glykeria which was built in 1590 by Blessed Filothei and was used for more than 300 years as a girlsʼ school, convent and secret school. Also Veikou Park is a huge green area and is one of the largest lungs of Athens. It features a cafeteria, playground, soccer and tennis fields, basketball, athletics, summer theater, open-air cinema and attracts many Athenians on weekends. The Closed Galatsi Olympic Hall is an ultra-modern indoor stadium which was built in 2004 for the Athens 2004 Olympics for the disciplines of rhythmic gymnastics and table tennis and now houses the Municipal Gym Women Galatsi and s Cultural Activities children, men and women. Close to the centre of Galatsi there is the Cultural Center "Furnace" where the municipal library and two modern conference and events halls are located.