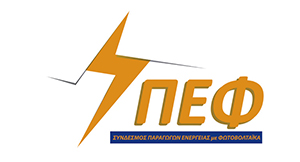 SPEF (Hellenic Association of Photovoltaic Energy Producers) was founded in March 2009 in order to promote, support and protect the interests of photovoltaic electricity producers in Greece. It is both a scientific and business association, since all members have implemented and grid connected solar parks along the Country. Members of the association are companies that own operating PV parks with installed capacity from 20kWs to many MWs – since the implementation and investment in energy production from photovoltaic systems is the main orientation of member companies. For this reason, the prerequisite to become a member of SPEF, is to have grid connected a photovoltaic plant.

According to the statute of the association, its purpose concerns:

SPEF is represented by a 9 member Managing Board directly elected from the members of the association and has a three-year-service period.